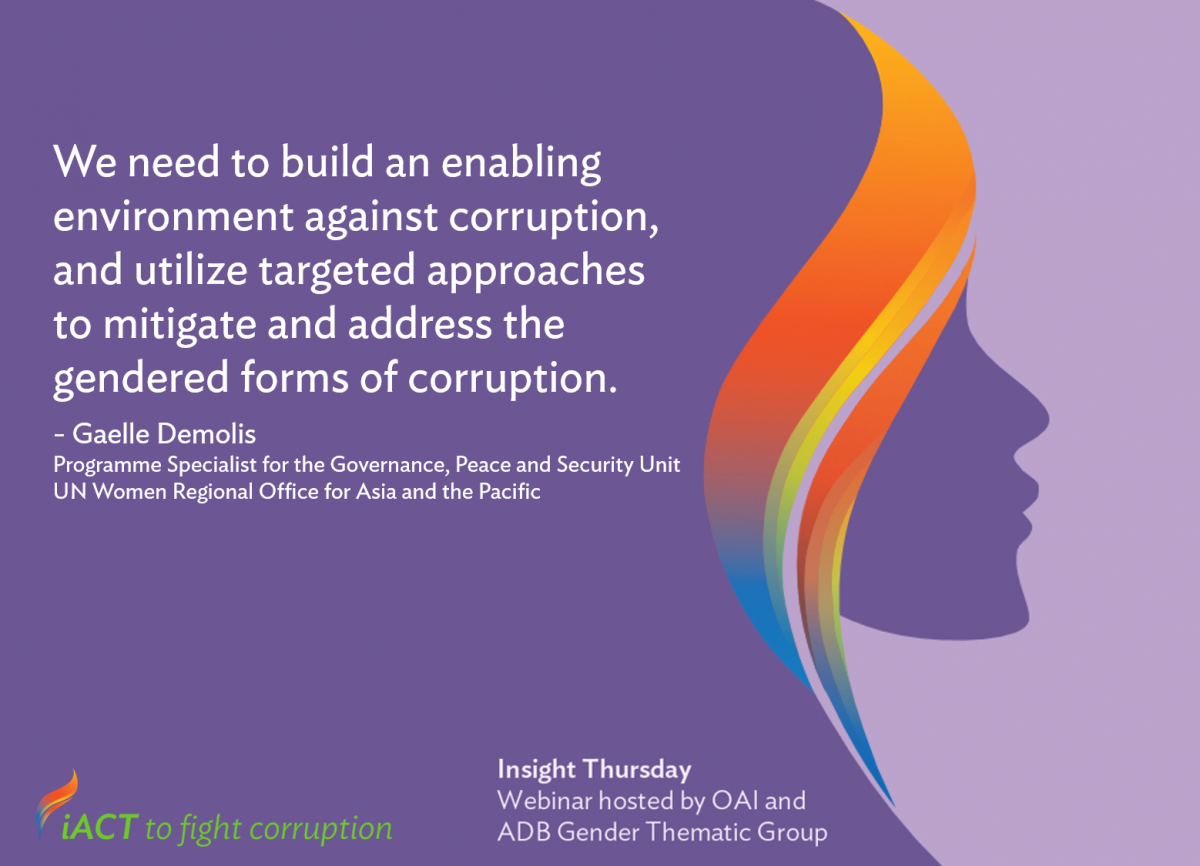 One hundred and sixty-two people tuned in to Fighting the Gendered Impact of Corruption, the first virtual Insight Thursday held on 26 March 2020. UN Women’s Gaelle Demolis discussed why women, especially poor women, are disproportionately impacted by corruption at the point of access for basic public services, justice, and security. She also provided emerging evidence to demonstrate that women and girls pay more bribes and that the currency of the bribes more frequently takes the form of sexual favors from women and girls than from men. Known as sexual extortion or sextortion, this type of corruption escapes measurement in standard corruption analyses and is less likely to be reported than other forms of corruption.

Demolis suggested expanding traditional definitions of corruption to include actions that are disproportionately experienced by women, such as sexual extortion and human trafficking. Other targeted approaches include gender-sensitive reporting mechanisms, reviewing integrity checklist from a gender perspective, and strengthening the capacities for conducting investigation from a gender- and victim-centered perspective.