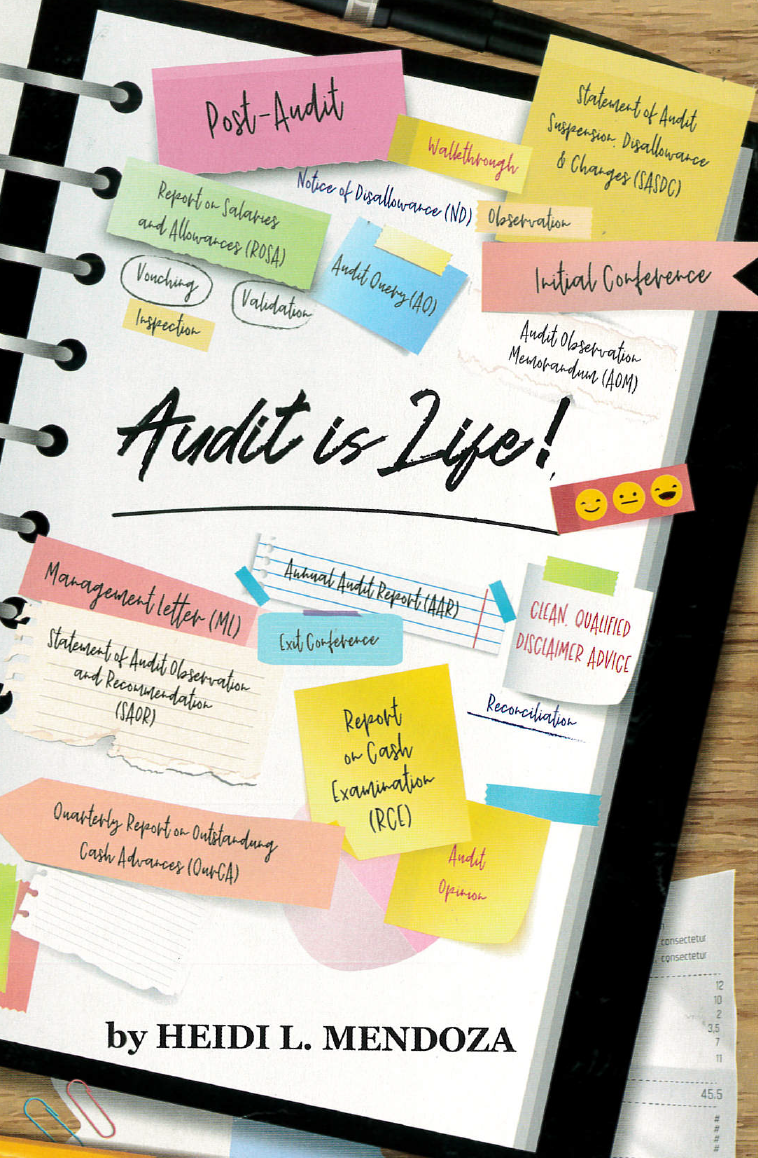 Heidi Lloce Mendoza, former Undersecretary General for Internal Oversight Services of the United Nations and former Commissioner of the Philippines' Commission on Audit, talked about her new book Audit is Life. The book covers the stories that happened during audit but are not included in an audit report. The book also shares how these stories contain important lessons in life.

With a slight twist, she used those stories to reflect on life and explore some ways by which it can be audited. She used to be an employee of the Asian Development Bank until she chose to resign in order to testify on a widely celebrated case of corruption in the military. She is a Certified Public Accountant, a mother of three, a passionate good governance advocate, and a well known lecturer who write "tagalog" poems and paint during her free time. She had her first solo exhibit in 2017 at the Vienna International Convention Center. In 2003, she also wrote a book titled A Guide in the Investigation of Common Procurement Fraud and Irregularities.