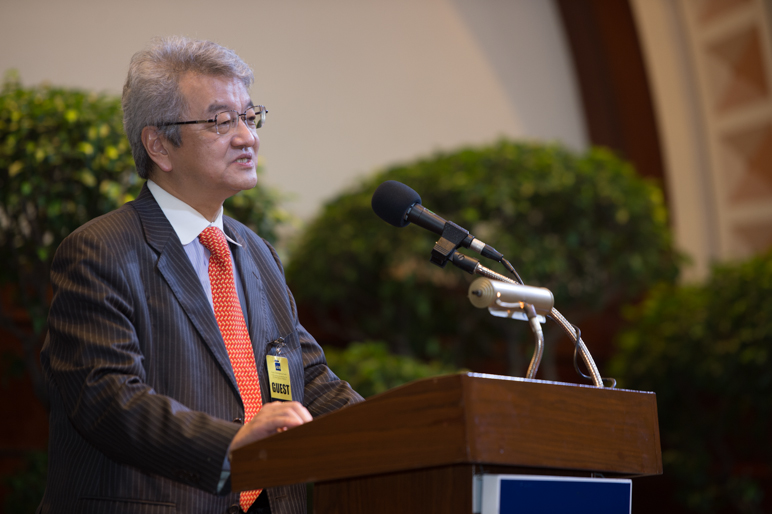 Asian emerging market countries have followed a path of growth convergence from a low-income, high-growth state to a middle-income, middle-growth state, through industrialization. Although Asian economies were severely affected by the Asian Currency Crisis of 1997-98, they recovered rapidly. Lessons were learned so that when the Global Financial Crisis of 2008-09 occurred in the US and Europe, Asia was only lightly affected. However, a model of growth convergence is now seriously questioned in some of the emerging market economies in Asia lately. A fear is that the economies will never catch up with the advanced countries, but will be trapped in the middle-income status. Constraints in elements of growth, such as infrastructure and human capital development, have not been solved in some countries.

Professor Takatoshi Ito, Professor of International and Public Affairs at Columbia University, proposed that there are three convergence paths in Asia: low income, middle income, and high income. He asserts that economies need to shift from one convergence path to a higher one by implementing economic and political reforms that can generate innovation, emphasizing that without reform, economies may fall into a low- or middle-income trap. He concluded with several key policy recommendations to help emerging market economies in Asia to break out of the middle-income trap and resume growth convergence.