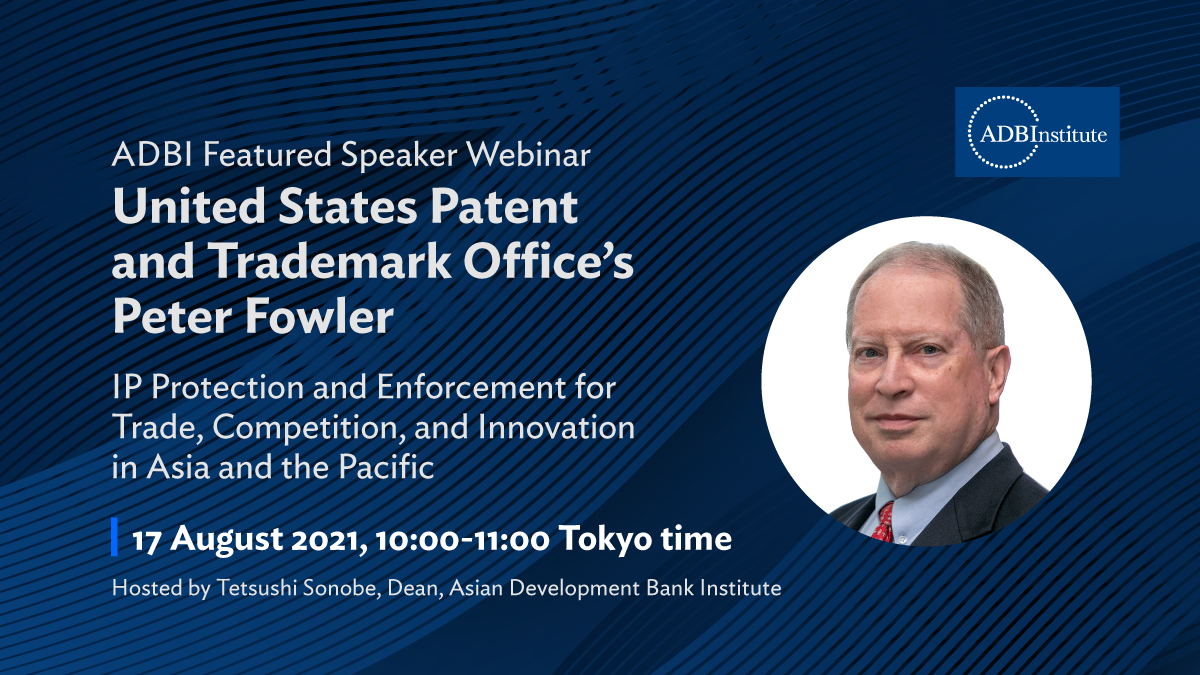 The discussion was followed by an audience question and answer session.

Peter Fowler is a Senior Counsel for Enforcement in the Office of Policy and International Affairs at the United States Patent and Trademark Office. Other roles during his over 20 years at USPTO have included serving as Regional Intellectual Property Attaché for Southeast Asia, working on a range of intellectual property enforcement issues, and training and capacity building programs.

Previously, he also served as an advisor to the Office of the United States Trade Representative on a number of trade agreement negotiations. He received his JD from Golden Gate University School of Law.

See more about this ADBI event.